Roger Federer warns against the perils of pushy parents

Young sports stars do not need pushy parents "babysitting" them through their career, the tennis champion Roger Federer has said, as he argues athletes should be given space to develop without unnecessary pressure.

Federer, who has won 17 Grand Slam titles and has held the world number one position for 302 weeks of his career, said parents of would-be tennis stars should give their children space for coaching and practice without them.

Saying his own parents had managed to find the ideal balance, he argued it is not necessary for mothers and fathers to be present all the way through a fledgling career.

In an interview with John Bercow, the House of Commons Speaker, who is guest editing an episode of Radio 4's Today programme, Federer said he does not yet know whether his own children, one set of twin girls and another of twin boys, will play tennis at a high level, insisting enjoyment is the most important thing.

The 33-year-old player has been interviewed for a special Boxing Day edition of the current affairs show.

Mr Bercow selected him personally as a guest on the show, after watching him play 65 times this year. The politician was a top-ranking junior tennis player in his youth, and this year gave a talk about the game at the Hay Festival.

In an interview to be broadcast in full on today's show, Federer spoke about the support he received from his own parents, Robert and Lynette, as he made the distinction between giving advice and being a "pushy parent".

"Parental support and advice is very important, to make you understand that it's a privilege to be able to go to tennis lessons and play tennis tournaments," he said. "So the least a kid can do is give it their best effort and best attitude.

"At the same time, the parents also need to give space to the kid and the coaches so they can work and... travel by themselves - the parents don't always need to babysit them through their entire career.

"That's why today when my parents tell me 'You know what, we want to come to every single tournament you play on the tour', I would say 'Yes please, come see me. I don't mind spending every day with you guys for the year.'

"But if they tell me 'We don't want to come see you play because we really don't enjoy it' that's cool too. And that's what I hope every parent can look forward to with their kid," he adds.

"It needs to be both ways and for me that worked very well - I got the space, but I also felt the pressure, the need to perform."

When asked about his own children, he said: "I don't know if the kids are ever going to play tennis at a high level like that. Honestly, I think it all depends on how things are going to be when we settle in Switzerland, and what sport they are going to take up.

"But I think for any kid it's important for them… to enjoy what they're doing, whatever sport that is."

Mr Bercow, who set up the interview to attempt to find out the source of Federer's "unwavering ambition" to remain at the top of his sport, also asked about the difficulties of remaining at the top.

"I realised very quickly that it's an entirely different thing winning something for the first time and then having to come back the following year and defend it," said Federer.

"I think once I reached a certain level... I looked up to the great other athletes out there [for motivation], like Michael Jordan, Tiger Woods, Valentino Rossi and Michael Schumacher - people who did it so long, so many times and make you wonder 'How did they do that?'.

"Next thing you know, it's like you're part of that in a small way, and every year that goes by you get closer to those people. I think they were definitely a big inspiration for me to keep working hard."

The player admitted it would be difficult for him to remain in the sport if he was relegated from Centre Court fame to low-key matches.

"I definitely am fortunate to always be playing on Centre Court and very often prime-time," he said.

"I must say - and this is honest - I don't know if I would still be playing if they would put me on Court 4 every day.

"That would be difficult for me, having played on all these wonderful courts around the world and now playing in front of a fraction of those people - that would be rough." 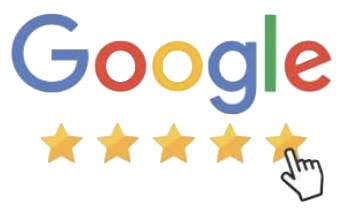